This is a post that conveys nothing good. In fact it’s about one of the shittiest things that’s happened in our lives. Sorry for the downer people but I felt I needed to write something.

This post is about Lucy. She was one of the Bean’s guide parents (that’s God parents without the God bit). She was one of my wife’s dearest friends. They had known each other since school. She battled breast cancer for the last few years and few weeks ago she lost that fight. She died aged 40.

This is a post about our sense of loss as a family and, as this is an autism blog, about how Lucy’s death might impact the Bean. Obviously I’m not equating for one second our pain with that of Lucy’s wife or parents. I fully realise that there are people who are suffering now far more than we are but this post is my little tribute to Lucy with an autism related slant.

Everyone who dies is a saint….

When people die the comments of friends and family are inevitably all about how wonderful the person was. I have often wondered what happened to all the bastards? No one ever says “oh yeah he was a bit of twat but he was kind of ok” or something of that ilk. Everyone who passes away is someone magically sainted upon death and they become some paragon of virtue, good in every way and without fault.

I understand why this phenomena of post mortem beatification occurs. It is a natural part of the grieving process to highlight the good and gloss over the bad. However logic dictates that this must be bullshit for the vast majority of the deceased. But in Lucy’s case it would not be. She was a truly lovely woman. Kind hearted, fun and beautiful inside and out. It would be genuinely hard, if not impossible, to find anyone who had any bad words to say about Lucy. She was just one of those very good people that made the world a better place, not by any grand or great deeds, but simply by virtue of them being in the world.

When we chose guide parents for the Bean we didn’t know about his autism.  His naming ceremony was held in the summer after his birth so he was only 7 months old. At that time we were blissfully unaware that our child was different. For his guide parents we chose three people whom we respected and thought would be good role models for him in life. Lucy was a logical choice for any child. But when later we discovered that he was autistic, this choice suddenly became in retrospect even wiser.

You see there are not many people who can truly connect with the Bean. Unlike a lot kids he’s a tough nut to crack when it comes to engagement. His autism means that he is not particularly interested in attention from others, he does not actively seek it like other children do. So in order to interact with him one needs to make the effort to enter his world. And his world is often very odd. The things that he likes are often different to the norm so to “get in” to bean world it takes a special kind of empathy. Lucy had that rare gift.

The people that spend lots of time every day with the Bean, my wife and I for example, learn his mysterious ways and get to enter his world over time but I have only see a handful of other adults get through and connect with him right off the bat. Of those handful of adults all but one were trained professionals, specialists in working with ASD kids, well versed in the odd ways of autistic kids. The “but one” was Lucy. She did on instinct what others have trained for years to do. She got him, she got our wonderfully weird little boy and she connected with him straight away. And that is testament to what a beautiful and empathic person she was.

Every autistic child needs a Lucy

Kids like Bean need strong advocates in their lives, more so than neurotypical children. This is because we still live in a world that is prejudiced against the different. The Bean’s life will be tougher because he is autistic, sadly there is no doubt in my mind about this. As a parent that’s been the hardest things to come to terms with. Because of the prejudices and ignorance of the world my little boy will suffer and whilst my wife and I will do all we can to protect him there will inevitably be pain caused by being square peg in a round world. Thus far he has been cushioned from the potential cruelty of others but this can’t carry on forever. He will step out into the real world and have to face it one day. And this is why people like Lucy are so important to kids like Bean.

I have no doubt that she would have fought for him as hard as we would. She would have helped him though the difficulties he will face, her natural goodness would mean that he would have another adult he could rely on completely. The gift she had for connecting with him combined with unconditional positive regard would have helped draw him out of himself, nurtured him and helped him find his way in a confusing world. Later in life when he becomes a stroppy teenager and completely ignores anything I (or my wife) have to say about anything Lucy would have been an adult voice of reason that perhaps he would listen to. I could see her gently advising him when he ignored us.

Every autistic child needs a Lucy in their lives. Many autistic kids will have warrior parents who will battle hard for them. Most, however, are not lucky enough to have other adults outside of their parents who will offer that unconditional love and at the same time be able to break through the autism fog and connect with them. Our little boy did have that and now it’s been taken away and it’s not fucking fair.

The thought I keep coming back to

The Bean is only 5 at the time of writing so he does not have any real concept of death. His tender years will mean that he will be spared the pain that we are feeling at Lucy’s death. He won’t feel that sense of loss, he won’t shed tears or find himself welling up at inopportune moments. For this, of course, we are thankful. No one wants to see their child upset so for Lucy to die before the Bean is able to comprehend such thing is a small blessing but it is also at the same time perhaps the most tragic thing. The thought that he won’t even know what he is missing out on for some reason haunts me. He won’t ever truly appreciate her love, he won’t ever again benefit from her kindness and he won’t even realise that something is missing that should have been an important part of his life. It’s just not fucking fair. The world is horrible sometimes and at the moment it is. 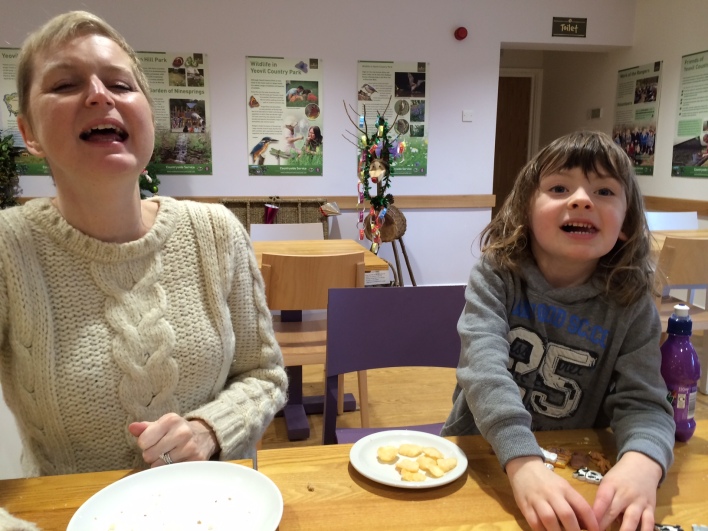 Lucy and the Bean sharing a joke just before Christmas